Three of the most desolate places.

02 Apr Three of the most desolate places.

Posted at 13:43h in Reviews by TiffanAdmin 0 Comments
0 Likes

You would be hard pushed to survive in any of  the following places (although humans have done it, if only for a short time. These are considered to be the harshest and most desolate environments known to the human race. Some of it is natural but one is totally man made. If it is a human situation then the services of a Land Remediation Service might well be in order. Let’s have a look at where they are. 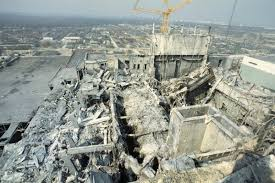